Last night I cried, a lot. My eyes were so sore I could barely open them. “Why did you cry?”, I hear you ask, “when you’re meant to be The Happy Kitchen?” I’ll tell you why. I had to chop 8 onions. That’s why. My face was assaulted by onions, and it wasn’t pretty. By the end I had one eye open just a crack and the other squeezed tightly shut. How do chefs deal with the onion problem? There must be chefs whose entire job is to chop things up, including onions. All those things like putting a teaspoon on your mouth or holding a bit of bread in your mouth don’t work. Anyone know any fail safe onion strategies?

The reason I was chopping 8 onions (and opening 8 cans of chickpeas, and 8 cans of tomatoes) was that I was preparing lunch – tamarind chickpeas – for the next day. All went to plan except realising I had no fennel seeds, and having to go out at 6pm to get some, with a red face and eyes. All those ingredients took up a lot of room in the pot so I had to use two pots! I also made chapattis to go with the chickpeas. It’s not something I’ve done before, but I’ve made flatbreads and the recipe is pretty much the same. 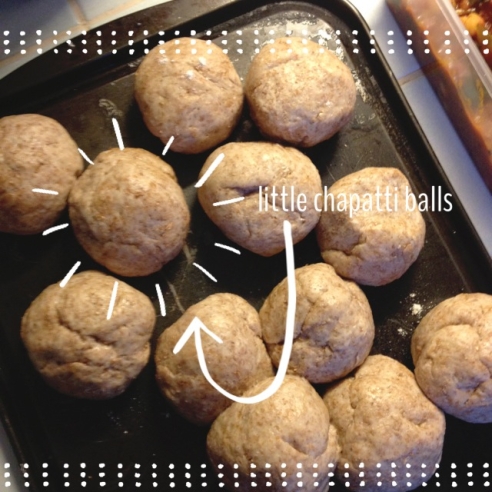 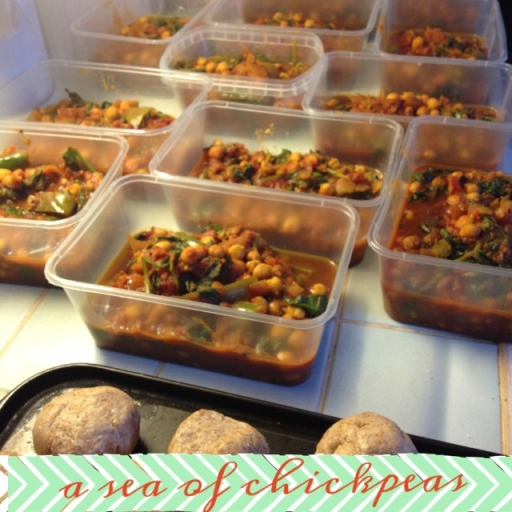 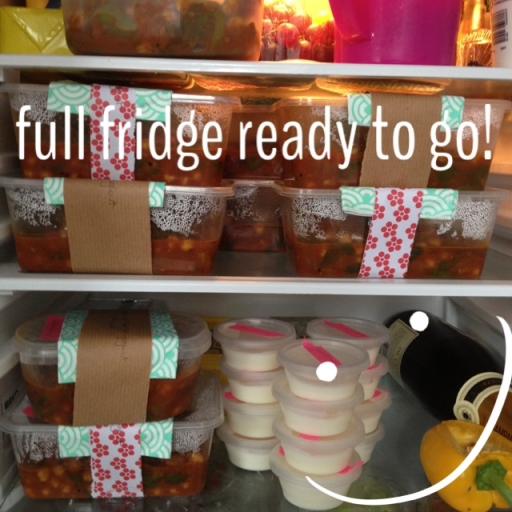 Again I had a full order sheet which is great. Lots of positive comments again, including one from a lady who says she can’t really cook, so the only time she gets to eat food like this is when she goes to a restaurant. I’ll take that compliment, thanks. Next week’s dish was put up this morning and it’s full again, plus one cheeky extra. I’ll be cooking rigatoni with tomatoes, aubergine and mozzarella, a Jamie Oliver recipe.

I’m really pleased it’s going so well. I’m going to leave you with the tamarind chickpeas recipe, plus some photos of cupcakes I decorated at the weekend.